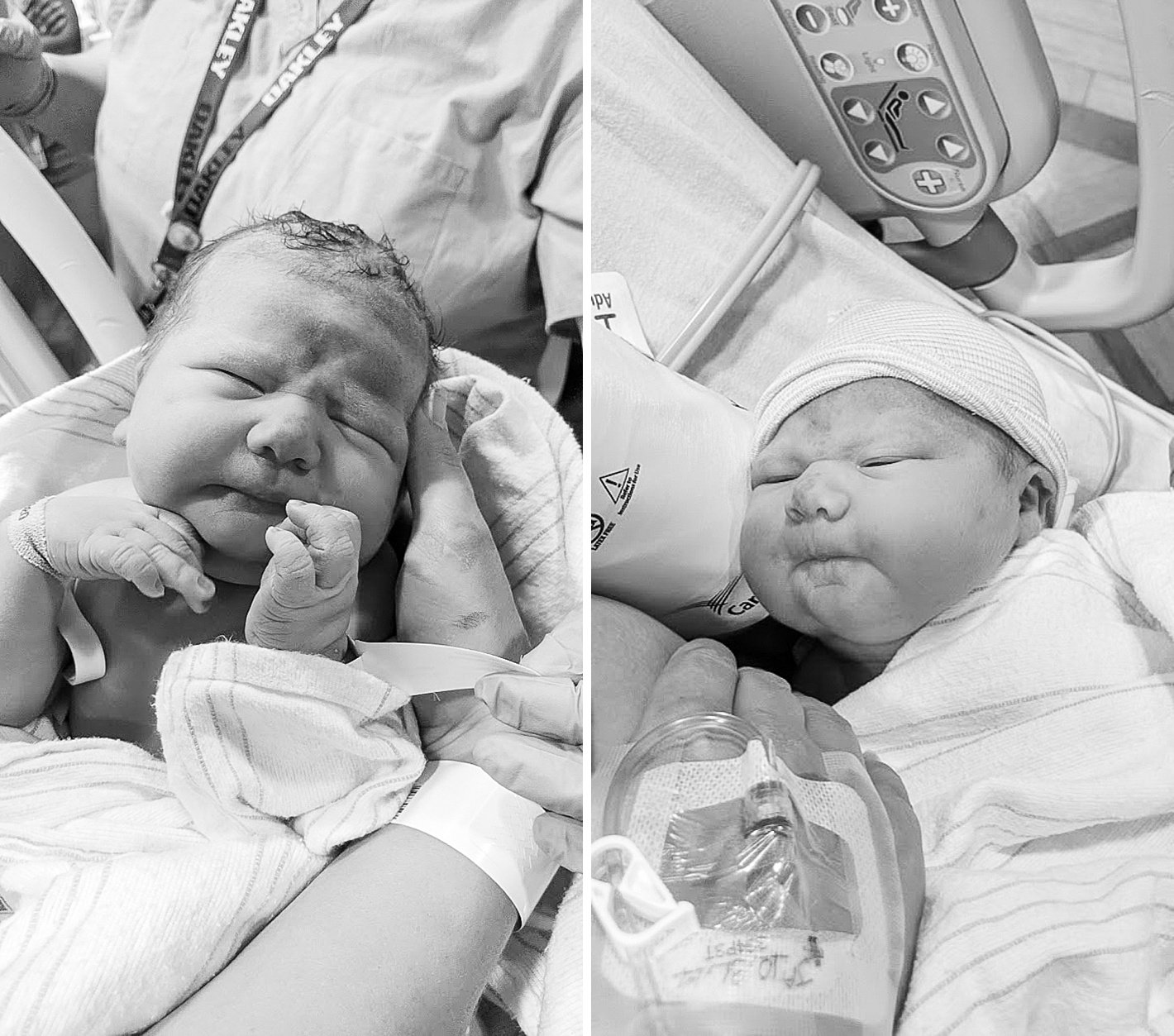 I honestly don’t even know where to start when it comes to Wyatt’s story.  At our 20 week sonogram when we found out that he had a heart defect?  When we found out we were expecting him after two consecutive miscarriages?  At birth?  Wherever we start, Wyatt has always proved to be quite the little fighter, our warrior and thats why we named him what we did.

For those of you that don’t know our whole story we have two little girls…Paisley and Joy.  We unexpectedly got pregnant when Joy was one, but we lost that baby in second trimester (July 2018).  You can learn more about Joseph’s story, here.  After such a devastating loss, we wanted to try again for another baby as soon as we could.  Not that anything will replace him but we knew that our family was not complete.  Right before Christmas 2018, we found out we were expecting again.  However, 2 days before the New Year we lost that baby as well. Honestly, at that point I wasn’t sure what to do.  It is such a blow when you lose a baby so far along to then lose another baby early.  The emotions are everywhere and you don’t even know if its worth the pain of trying again.

But try again we did.  And this time we made it past the first trimester.  I was feeling pretty good, still shooting weddings and the baby was growing.  Besides having a near panic attack at every single doctor’s appointment to hear the heartbeat, this pregnancy was relatively boring.  Normal nausea, exhaustion…the typical things that your body does to tell you there’s a baby inside. We were just holding our breath until the anatomy scan.  For those who don’t know, this is an ultrasound when they measure and look at every single body part.  If something is “wrong” this is when you find out. 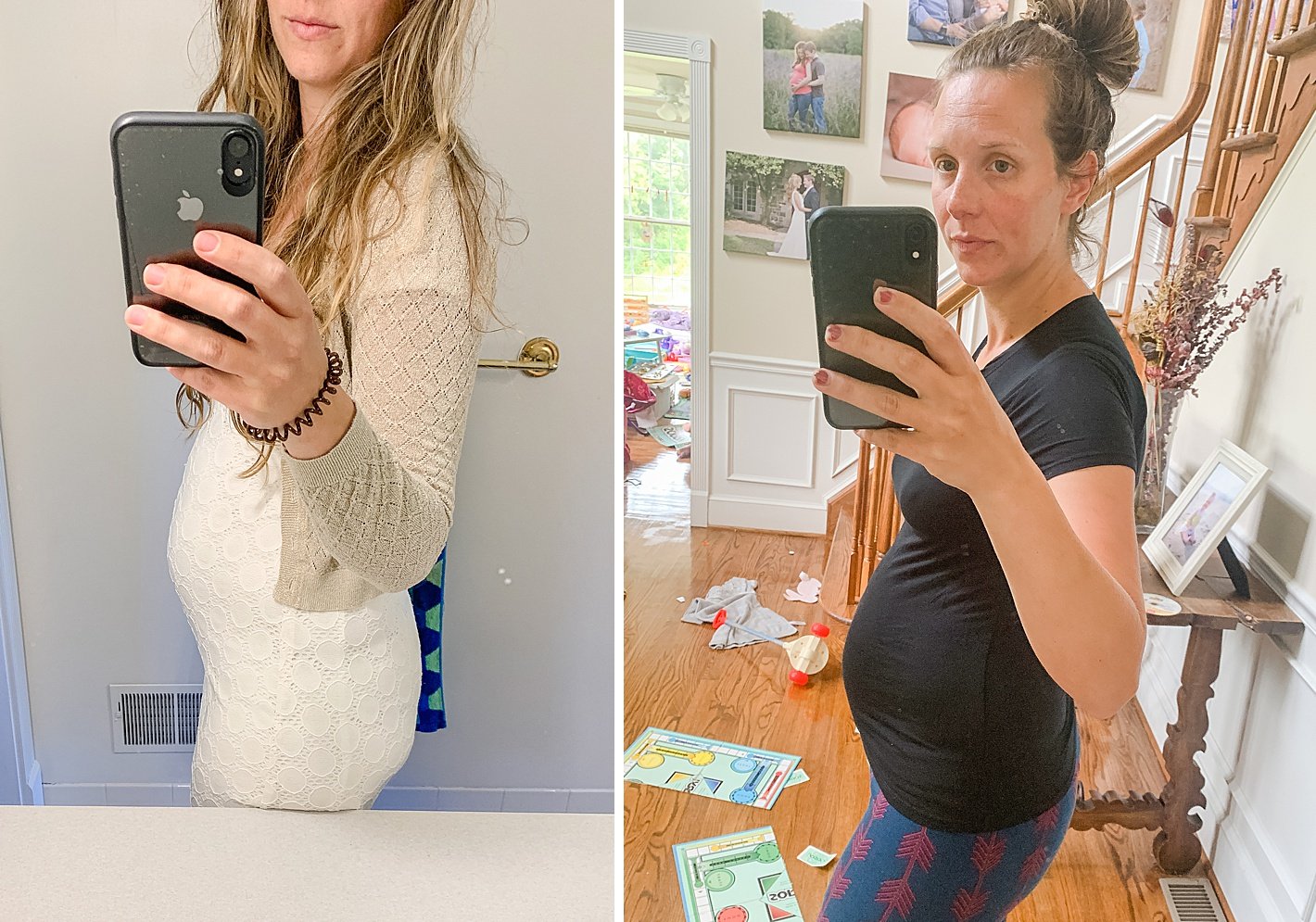 Aaron and I were very nervous, but the sonographer seemed normal.  She explained what everything was and she told us that we were having a boy.  You all…I’m not a huge cryer when it comes to happy times.  I did not cry birthing my children, I did not cry finding out we were pregnant.  But I actually started to cry right there in the office when we found out that we were having a boy.  It felt redemptive after losing Joseph and it brought back to life those hopes and dreams of bringing home a baby boy.  Then the sonographer left and the doctor came in, she asked us a bunch of questions about family history etc.  The doctor then took a deep sigh and said, “I’m worried this baby might have a heart defect.”  She showed us the pictures of his heart and you could see that his left side was about 1/2 the size of the right side of his heart.  You know…even though this was not what we wanted to hear, I didn’t feel scared.  I had a “peace that surpasses understanding” in those moments even though I honestly had no clue what was to come.

From there our life was filled with doctors appointment after doctors appointment.  We searched for the best doctor to care for us and we eventually Children’s National in D.C. We absolutely loved the cardiologist that we met and we heard amazing things about their program…especially the fact that they have a Cardiac ICU as oppose to an ICU that treats all different types of conditions.  Throughout the next 18 weeks we met with so many doctors, we got a ton of echos and sonograms.  Besides for Wyatt’s condition I was also diagnosed with low amniotic fluid so I had to try my best to keep hydrated and to take care of myself (which admittedly I’m not very good at). 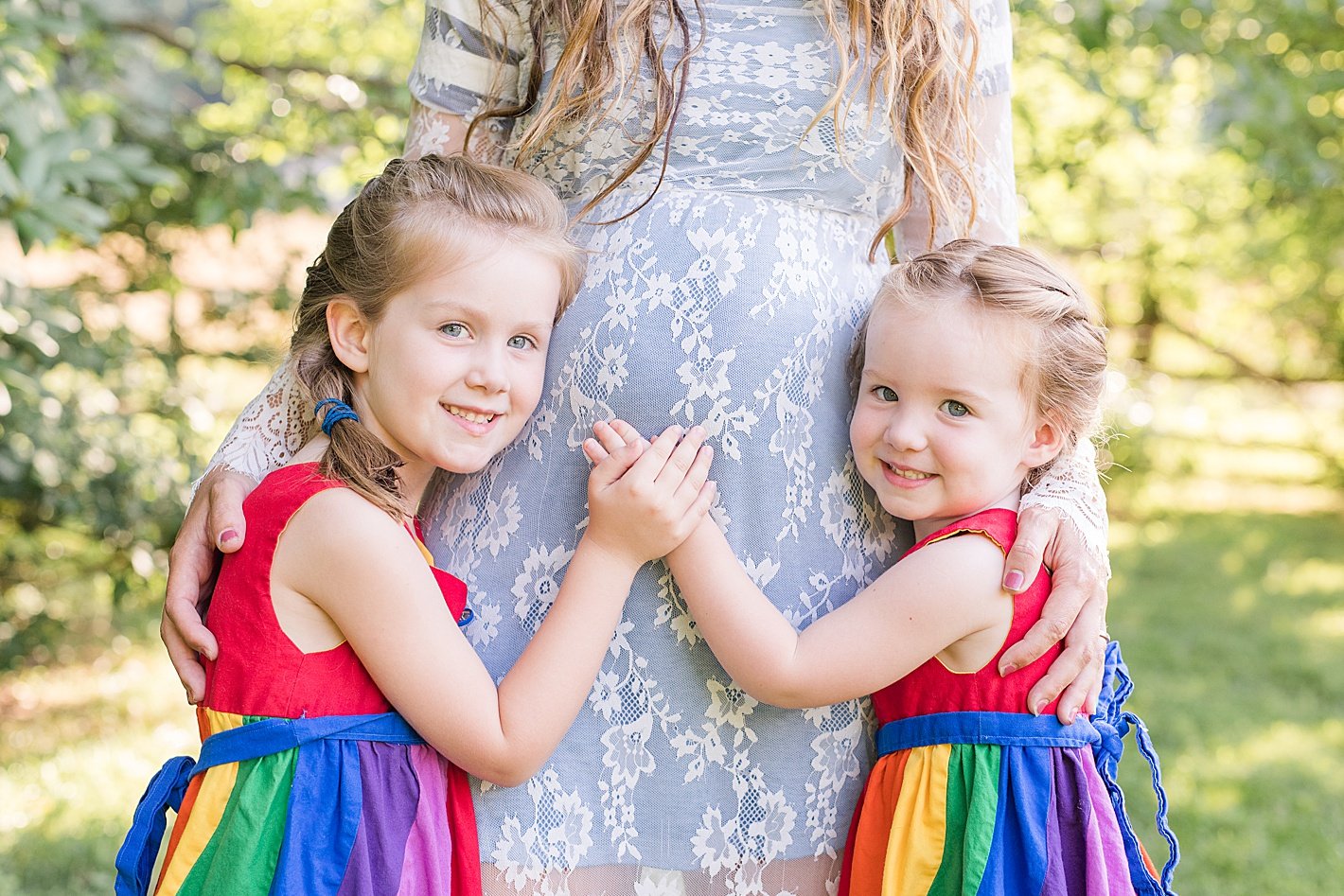 We saw more pictures of this little boy than I could ever imagine.  Not everyone knows this but Wyatt originally got diagnosed with Hypoplastic Left Heart Syndrome….one of the hospitals we went to told us that Wyatt would need 3 very major surgeries and that we would eventually have to make his 4 chamber heart into a 2 chamber heart.  The survival rate was 65%.  We were scared, but remained hopeful.  After switching our care to Children’s we actually discovered that Wyatt did not have HLHS at all, but he had a couple of different things going on with his heart that were making the left side smaller.  He had a VSD (a hole), small valves (both the aortic and mitral) and a coarctation of his aorta.  Just for a little heart lesson here… “The aorta is the largest blood vessel in the body.  It is the passageway for the oxygen-rich pink arterial blood to leave the let side of the heart and deliver oxygen and nutrients to all parts o the body…when there is a narrowing in the aorta between the aortic arch and the descending aorta, this is called coarctation of the aorta” (The Children’s Heart Foundation, 26).  So with this narrowing it would affect Wyatt’s lower extremities including his legs and gut if it wasn’t fixed.

The doctors were hopeful that if they fixed the VSD and coarctation that the left side of his heart would stretch and the valves would continue to work.  Luckily, by 35 weeks the VSD had closed up on his own!  The “final” plan was for Wyatt to have surgery between 2-5 days of life to fix is coarctation.  They luckily could put him on a medicine right after birth that did not allow the flap near his aorta to close.  This would allow his heart to mature (in order for a successful recovery) and for the aorta to still function despite the defect. 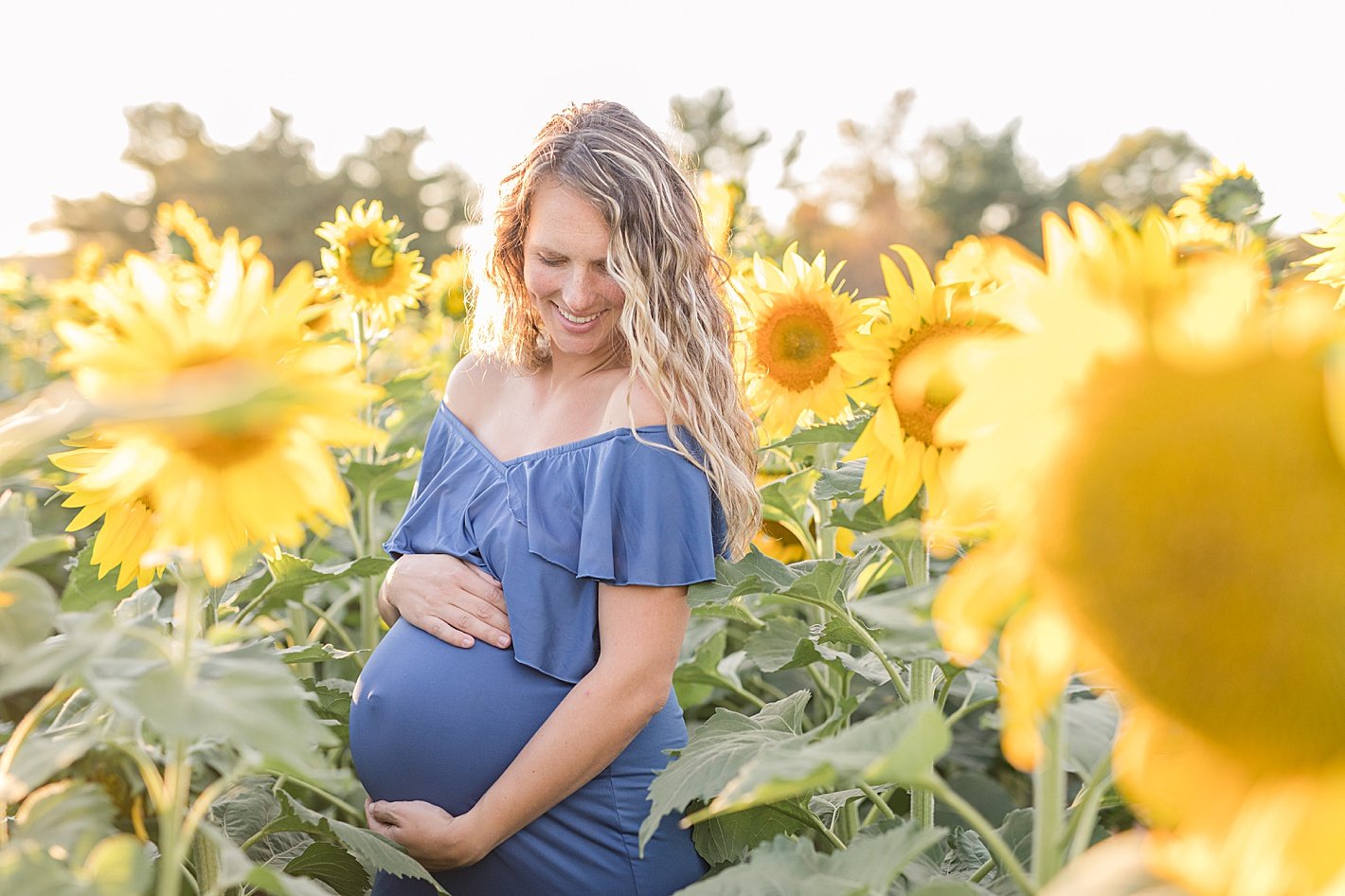 Children’s does not have an OB, so we chose to deliver at Washington Hospital Center right next door.  This way I could go over and see Wyatt whenever I was ready since he would be transported soon after birth.  Going into the last weeks of pregnancy we planned to get induced at 39 weeks (as long as my amniotic fluid stayed up and as long as I wasn’t 5cm dilated), deliver at Washington Hospital Center and then transfer Wyatt to Children’s.  At week 38 I got checked and was only 3/4cm (I usually progress pretty far before I’m actually in labor).  So the plan stayed the same.  What we weren’t prepared for was when I started getting contractions, I honestly didn’t know that they were more than Braxton Hicks.  With both Paisley and Joy I got Pitocin so I had never really gone into full blown labor naturally.

The night of Oct 30th I was feeling more tightening but not enough to worry.  I woke up in the middle of the night to go to the bathroom and when I laid back in bed I couldn’t sleep.  I wrote down these times 3:07, 3:16, 3:31, 3:40 for each contraction I would get.  My OB had told me to call if they were less than 10 min apart.  On that last one, I felt a little bit of fluid so I thought maybe we should head to the hospital, just in case.  All of our doctors stressed the importance of delivering Wyatt in a hospital so he could get the medicine he needed for his heart.  We even had a letter from our cardiologist to give to a hospital in case we couldn’t make it down to Washington Hospital Center.  I was not having pain with the contractions and they were so irregular, but we decided that we should probably make our way “just in case.”  We left around 4am, maybe a little later…ummm that was the BEST DECISION EVER!

On our drive to the hospital, Aaron got faster and faster because I became less and less chatty.  Out of nowhere my contractions grew in strength and it was getting harder to talk through them.  It was the night that the Nationals won the World Series, but luckily we hit no traffic and may have run a couple of (useless) red lights on the way there.  Because the plan was to get induced we didn’t know where anything was.  Aaron pulled up to the rehab center thinking it was the hospital around 4:43am.  Whoops!  We then went to the main entrance, left our car there and ran inside.  Aaron went ahead of me to get a wheelchair as I stumbled my way down the hall.

Once Aaron found a wheelchair we ran into a doctor in the hall who directed us where to go.  Not going to lie, it was pure chaos.  For whatever reason they thought I had already had the baby so they were scrambling to get everyone there and ready for me.  I got checked and I was already 9cm and ready to push!  I’m just going to say there had to been about 20 people all yelling at me attempting to give direction.  I was struggling and felt as though I could not get him out.  It is also a bit stressful when many people are trying to give you direction.  At one point a nurse told everyone to stop and had one person talk to me.  It’s kind of hilarious looking back to see how frustrated I was that I couldn’t get him out since I only pushed about 6 times.  Wyatt was actually “sunny side up” which meant he was facing up instead of down (hence all the bruising in the pictures).  This just makes it a bit harder to get the baby out.  I’m also told that it makes labor start and stop (hence me not really knowing that I was in labor at all).  I remember using every single bit of strength I had left to push and out he came! 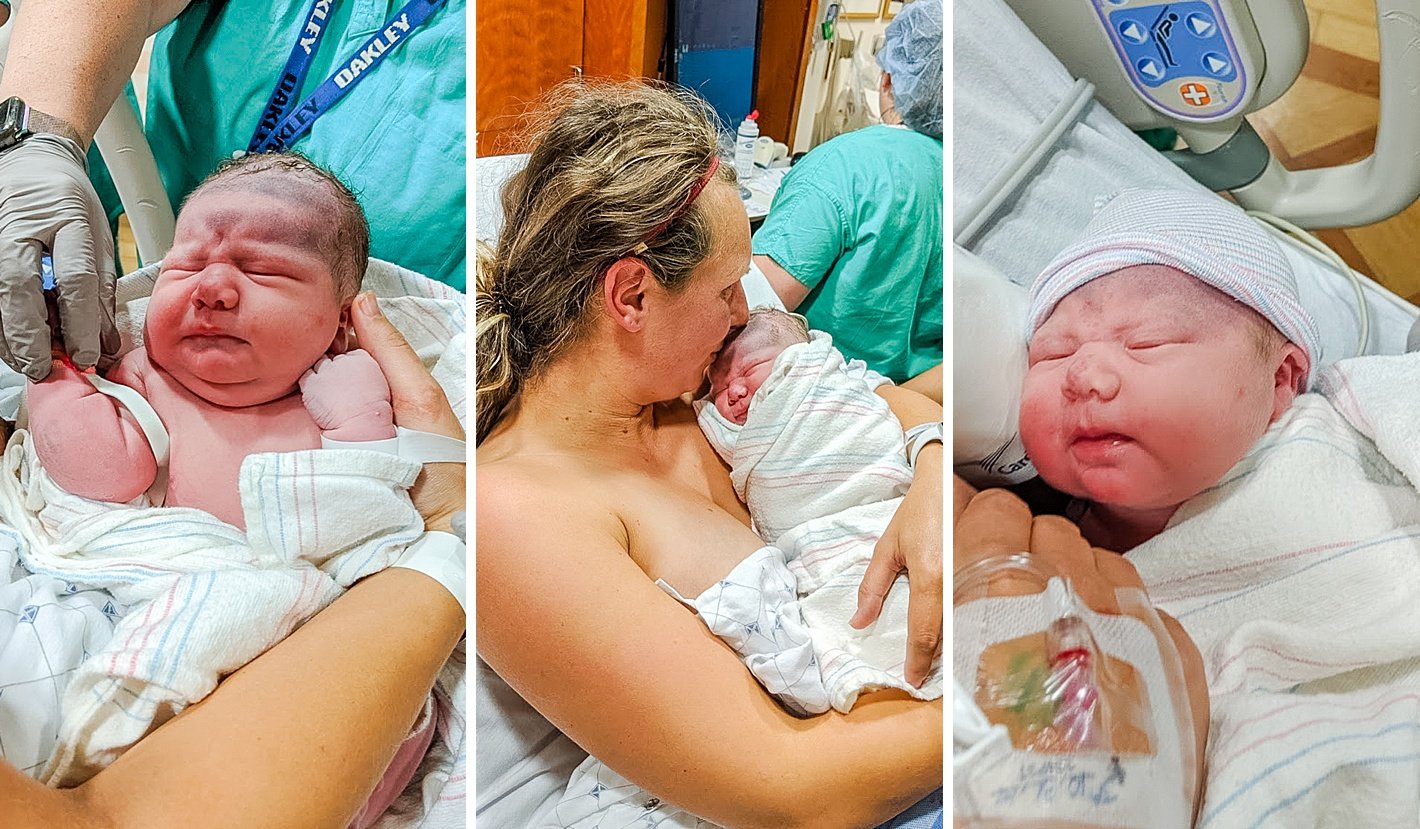 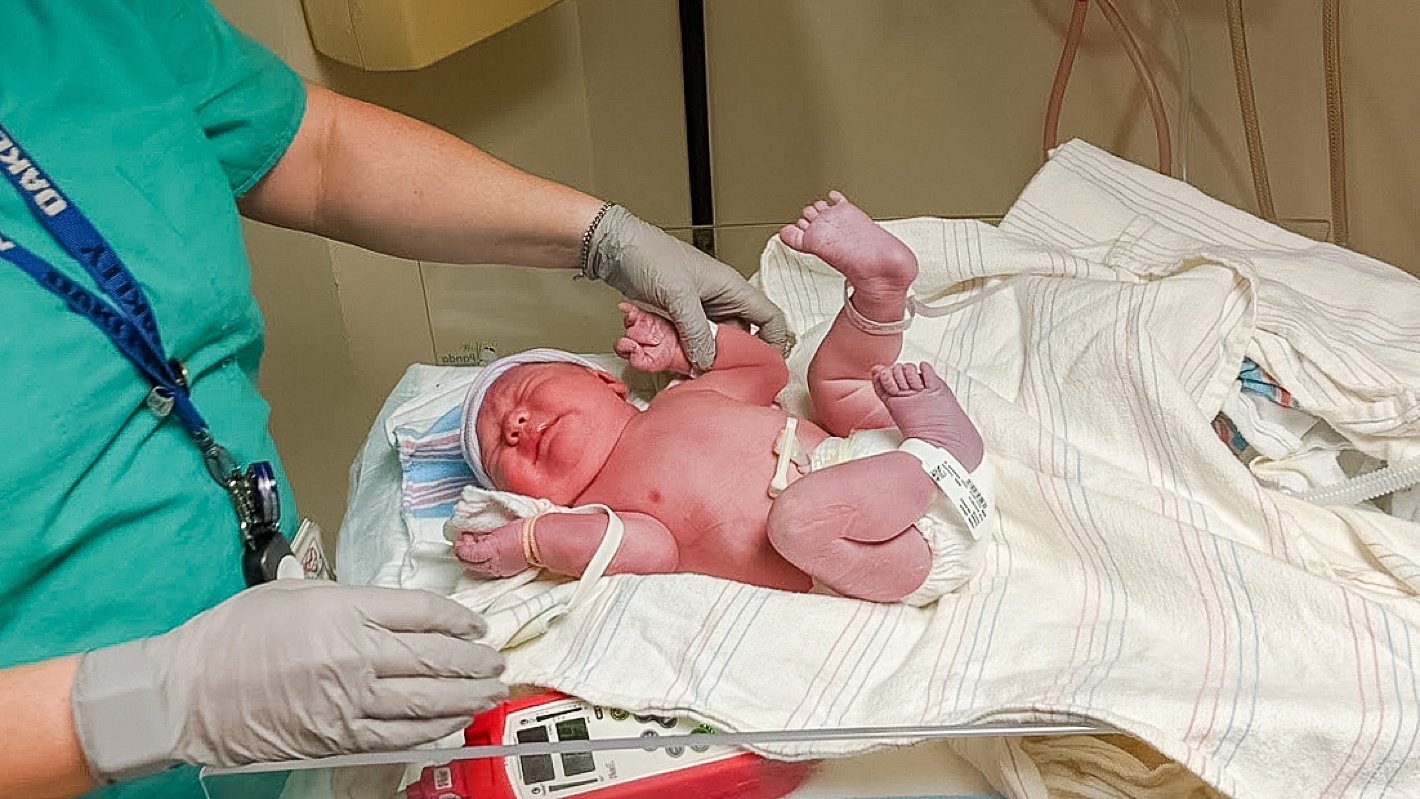 Check out the blog tomorrow to hear about his first moments, CICU life and heart surgery!

Wedding at The Belvedere Hotel in Baltimore 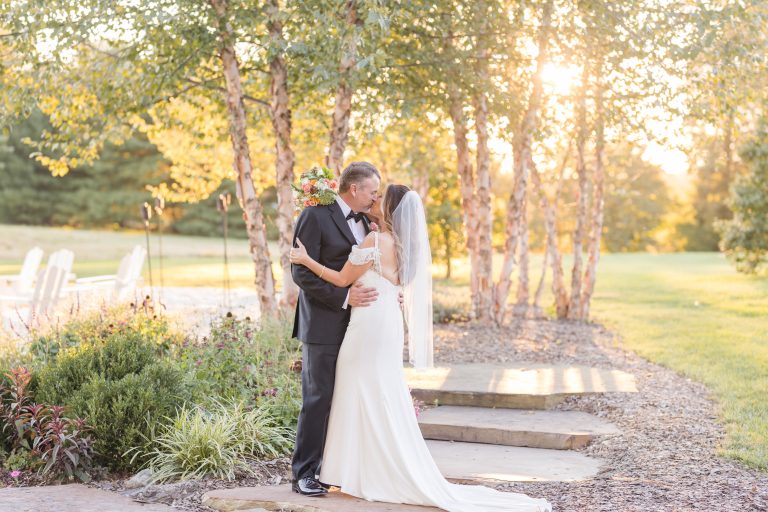 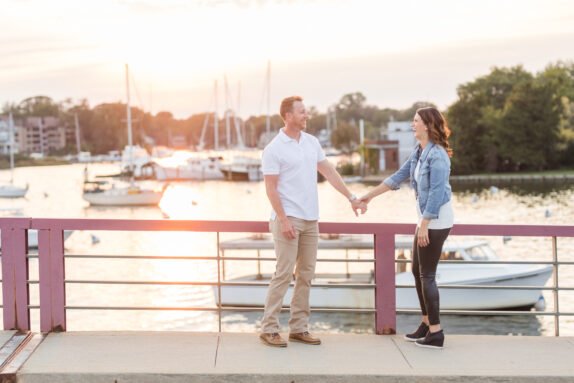 Megan & Nick Nick took Megan to an anniversary weekend in Annapolis and surprised her with this photoshoot!  They were celebrating 10